A number people have asked what my general reflections were on three weeks on the Yukon Quest and whether the trip met my expectations. That’s pretty hard to say as I didn’t have any really set expectations before I started. I was looking forward to three weeks of discovery on the trail, and by goodness I got it. However here is a summary of the things that surprised me, shocked me, excited me and very occasional knocked me out of my stride.

Life on the trail

Nothing prepares you for life on the trail. Well specifically nothing prepares you for the level of sleep depravation that you experience. I know I’ve bored about it before but it really is astonishing. I’m not sure whether it is worse on the Fairbanks to Whitehorse route due to checkpoint location and particularly the long drive from Two Rivers to Mile 101, but I suspect not. In all honesty we got very little more sleep on the Canadian side. Chris and I genuinely got around five hours sleep in the first seventy two and you never really get that back. To be perfectly honest in both Mile 101 and Central I was wobbling through lack of sleep and still trying to acclimatise to certain other things around me. You cannot understand the impact that such a small amount of sleep has on you until you experience it.

So that is the “challenging” out of the way, everything else is a hugely positive.

Firstly I wanted to talk about life in the checkpoints. I had read Rob’s comments about how great checkpoint staff are but you are still not prepared for the help and support that you get from the officials and volunteers in the checkpoints. There is always great food for mushers and  there’s almost always great food for handlers too. Where the checkpoint isn’t specifically set up to service handlers they will always do their best to make sure that we are fed as well. There is certainly always a never ending copious supply of coffee for mushers and handlers alike. Rob did point out before the race that sitting around drinking coffee was the handlers’ primary job. I think Chris, Louise and I would dispute that but I must say that once home I found myself craving coffee at all times of the day and night.

The second striking thing that I didn’t entirely expect was the beauty of the the place I would be travelling through. As I have recorded elsewhere, Rob said to me before I came out to Fairbanks that I lived in a small country. This was something I learned very quickly was true as Chris and I travelled pretty much the length of the UK from the second to third checkpoints. Much of the travel to checkpoints was done at nighttime but it was in the daytime that it really became apparent what a huge magnificent open space Alaska and the Yukon presents. 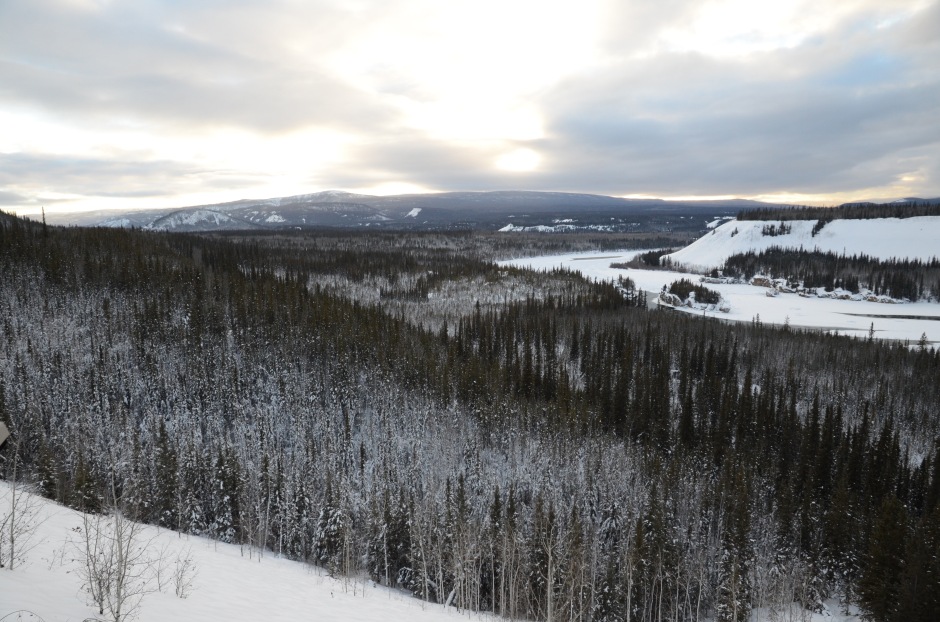 The view from Five Finger Rapid just off the Klondike Highway 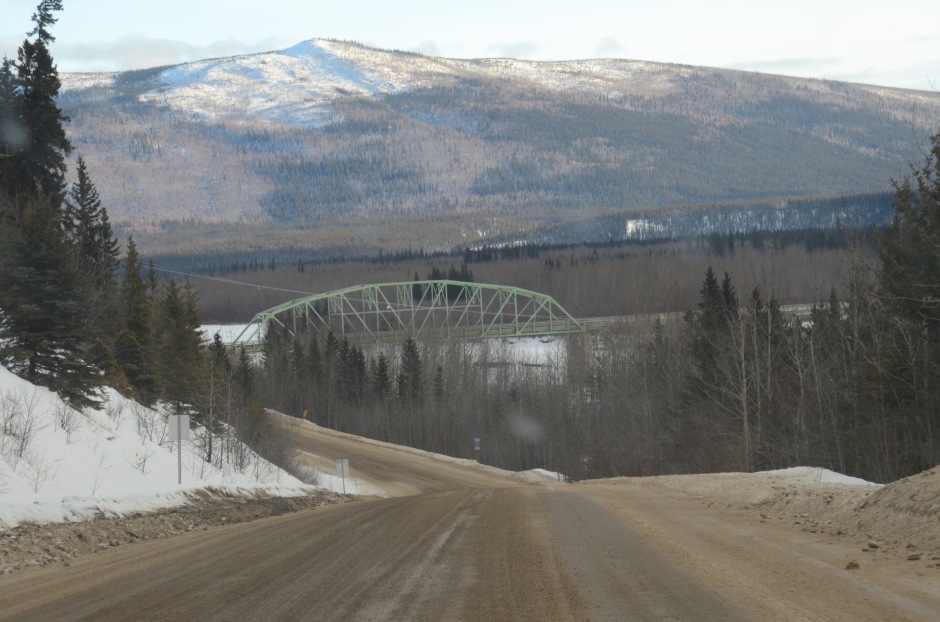 Alaska presented dramatic mountain roads and the beauty of a frozen landscape. From the dramatic frozen mountain tops of Twelve Mile and Eagle Summits to the beautiful arctic landscape at Circle City, where the road quite literally ends, the terrain provides one gasp after another. I did my best to capture some of this but you know, you have to be there to appreciate it. 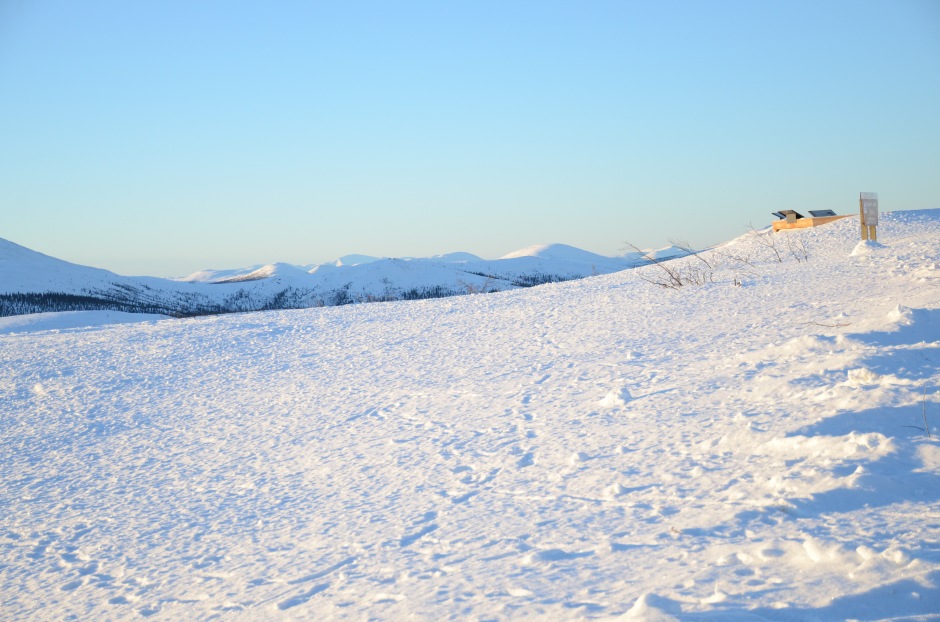 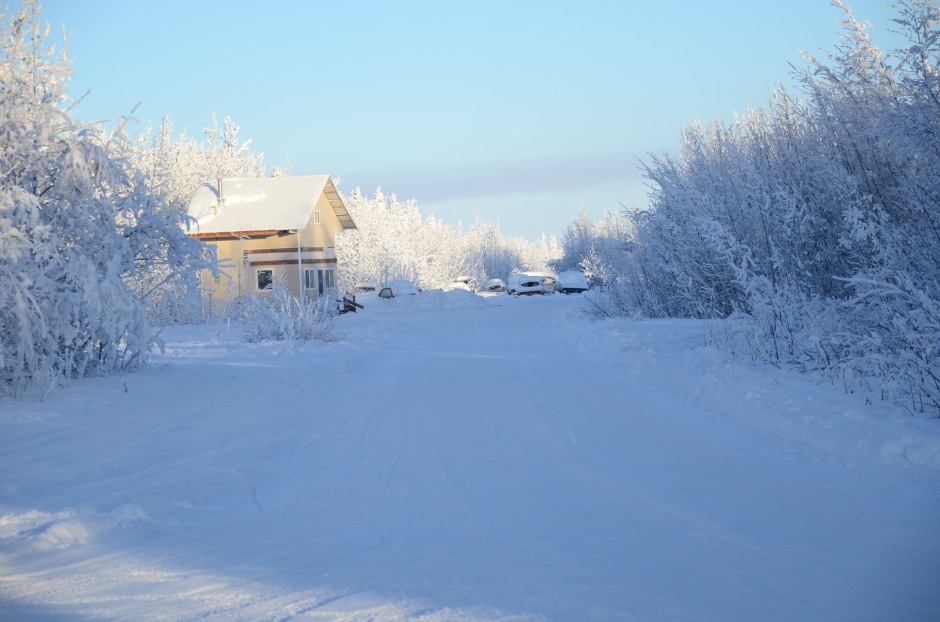 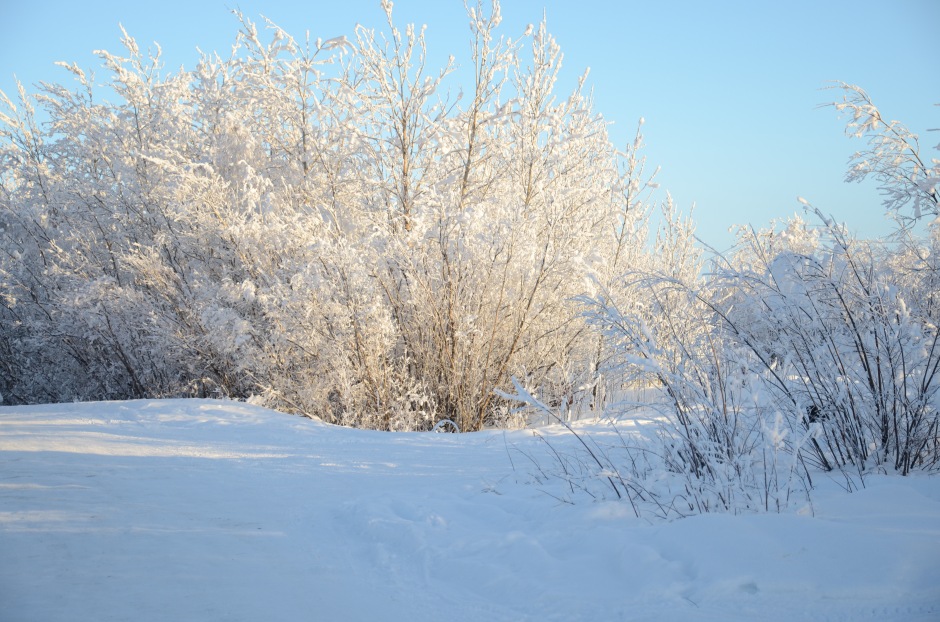 Very pretty at Circle City – I fell in that snow

Mushers and their dogs

For some reason it was a surprise to me that mushers are just normal people. Having spent  the last three or four years  watching from a distance the stars of this pursuit had taken on an almost celebrity aura. I arrived at the Meet the Mushers event in Fairbanks, literally just off the plane, to find a group of very ordinary and very friendly people. There was of course the exception of the grumpy bloke with the British accent but that aside all of them were kind, engaging and friendly to a this strangely naive guy that had just walked in with far too much gear looking just a little shell shocked. Matt Hall was sat at a table with us while the room set up was completed checking his phone messages. It was some time before I even knew who he was.

So to begin with mushers went from celebrity to the status of normal bloke. Within days they were once more to gain my deep admiration as some form of super hero again.

I had seen from a distance the strain that Rob had gone through on the trail in previous years but if the strain on the handler is a surprise the level of strain on the musher is that much greater again. Without exception they come into checkpoints looking like they’ve been force fed a diet of Friday the 13th movies whilst being locked in a blast freezer for 8 hours.  Even 24 hours into the race at Mile 101 I could see the incredible strain that the mushers are under. They sat in the mess area with thousand mile stares eating the excellent famous Mile 101 breakfast. This is a serious challenge for man and dogs, we know that, but it is only when you are actually there that you can actually appreciate the strain that this race places on the musher of getting to the end whilst caring for themselves and their fourteen charges.

Operating in a cold, cold climate

I outlined in the first blog the sort of clothes that I had purchased to protect me against the cold and in the fourth one how I brought far too much of it to Fairbanks! Now every one has been at pains to point out to me over the last three weeks how lucky I’ve been that it has been -18c to -30c this year rather than -25c to -45c.  However I was still delighted that I had taken the warm clothing that I had bought for the trip.

When you live in a place with an all round temperate climate, with increasingly with indistinguishable seasons, you forget what it is like to live in a genuinely cold place. So being in the Yukon firstly it is important to remember the routine before you ever go outside; where’s my hat, where’s my gloves, where’s my boots.

Then there are four things that I particularly wanted to highlight that require a different routine or behaviour set to being at home.

Going to the bathroom in the middle of the night

I would like to pay tribute to Rob and Louises’s  outhouse (below).

Not only did it feature prominently in the grizzly bear story of 2015 but it also has the most magnificent view of any toilet I have ever been to.

The view from the Outhouse (ish!)

“Sleeping” in the dog truck

When I turned up in Fairbanks with my flash new sleeping bag I didn’t expect to spend several nights, if a couple of hours constitutes a night, sleeping in the dog truck. Believe me I was  very grateful for those few hours. To stave off the cold we, like many other handlers, slept in the cab with the truck engine running to prevent us from freezing to death.

I had bought a pair of boots that claimed to keep my feet warm at -32c and the temperature rarely got that cold while I was in Alaska and the Yukon. Generally my feet were kept warm all the time. The exceptions were when I found myself stood around waiting at checkpoints. The place where my feet actually got coldest was at the dog camp in Dawson. I had several spells there. Two of those were finishing the preparation and breaking down the camp but on each of the other five or six occasions when I was stood waiting and watching my feet got cold very quickly, and the temperature in Dawson was rarely below -9c this year. Your feet can get cold much more quickly than the rest of you simply because they are in contact with the snow. I would recommend anyone to buy the very best boots they can – regardless of cost.

No matter how cold  you think it is outside if you walk any distance all wrapped up in all those layers you will perspire a fair bit. I’m not sure how far the walk from the carpark at Dawson to musher 20’s camp was. It was probably only 10 – 15 minutes walk. Once I had done it twice in quick succession I was pretty damp underneath all of my clothes. I could use losing some weight (even more than the 15lbs or so I lost on the trail) but even the much fitter mushers sweat heavily during the race and getting sweaty and wet is not a good thing in those cold temperatures.

By the time we got into the second week of the race I had become amazed by the welcome that I got from everyone. I can honestly say that I have never been to a place for the first time and met so many nice people that made me feel so welcome. Louise will hopefully verify that I said this repeatedly during the Canadian leg of the race.

I was also amazed by the community of friends that exist around the sled dog community. I live in a relatively small village on the western edge of the Cotswolds and we are part of a community of maybe 300 people spread over three or four square miles. We have a lot of friends in what is a close community. I found it touching that Rob and Louise’s community spread over several thousand square mile and included folk from south and east of Whitehorse and north and west of Fairbanks and all points in between. The depth of friendships spanning such wide distances were a revelation and both shocking and touching.

Over three weeks I met some really great people. I am positively not going to try and name them all here because I’ll undoubtedly forget someone. You all know who you are. I thank you all for being so kind to me and making me feel so welcome in Fairbanks, in Alaska, across the Yukon and in Whitehorse.

How quickly it’s all over

I was astounded how time seemed to compress and expand at different times during the Yukon Quest. The first week before the race was lovely and passed in normal time. The start of the race to Dawson was a fantastic experience but the lack of sleep (sorry to mention it again) made time seem to stretch and twist. By the time we got to Circle we seemed to have been travelling forever and it was barely three days in. In contrast after Dawson time seemed to accelerate at a disturbing pace. The five days from leaving Dawson to the banquet seemed to pass like 24 hours, despite having to undertake the same amount of work and largely experiencing the same sort of sleep deprivation.

Time on the trail is strange.

I want to repeat again my thanks to everyone I met, mushers, handlers, volunteers and fans. You all made my Yukon Quest experience the time of my life. I have been overwhelmed by the love and friendship I experienced and the kindness I received. Similarly I thank everyone that has read these blogs and commented so positively. That too has been a huge surprise and positive experience. Thank you.

7 thoughts on “Was the Yukon Quest what you expected?: Freezing, friendship and freedom!”