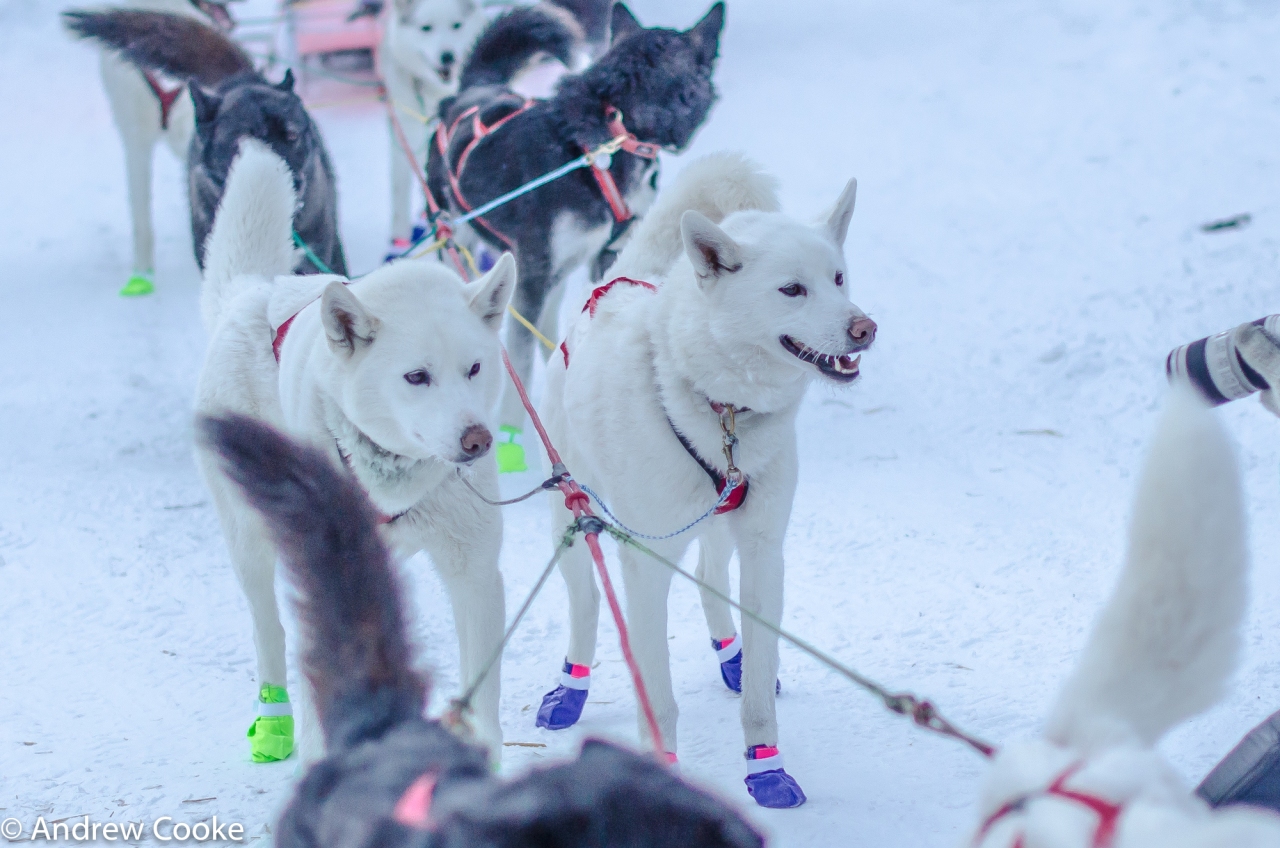 I’m not normally a fan of tabloid headlines but this one couldn’t be missed.

No, obviously Rob and I didn’t fight at McCabe. It would probably have been a bit one sided if we had.

The two brothers in question in this instance were Psycho and Loonie. I wanted to use this incident though as an illustration of the way the vets on a race like The Yukon Quest are there to support and advise the musher and very much work with them to ensure the safety and good health of each and every dog team.

McCabe Creek dog drop is a wonderful place. It’s not a checkpoint but it is a resting place for mushers half way between Carmacks and Pelly. In addition to warmth and somewhere to rest it has great food, homemade soup and cinnamon buns and great coffee. We spend a warm afternoon there in 2016 but in 2017 as we walked the mile and half or so from the highway to the cabin it was -37c and distinctively cool.

Rob came in to the dog drop with 14 very happy bouncy looking dogs and the sense of euphoria that I had experienced there a little under a year earlier was there again. This was a great run and everything was looking good. He started to bed the dogs down and feed and we returned to the warmth of the cabin, but as we did there was a huge sound of barking and yelping. We returned to the dog yard to catch the end of an incident between Psycho and Loonie with Rob holding on to one and Gaetan Pierard, camped next to him, holding the other.

Psycho was limping and was taken to the vets in the cabin for assessment. He had a small  puncture in his lower leg but nothing too serious. Vet Alan’s first assessment was that Psycho’s race was run. Rob was less sure. Psycho went back with the team, away from his brother, and it was agreed to see how he felt after he had had the chance to rest. Loonie meanwhile was not unscathed either. He had a minor cut which the vets treated by applying a single staple. Again he returned to the team to rest.

There was just a short period when my sense of euphoria dulled a little. Losing Psycho at Mile 101 in 2016 had been a huge setback for Rob and losing him not much further into the race in 2017 would also have been a major blow.

We rested at McCabe. We drank coffee and ate cinnamon buns. Eventually the time came to move on. Now for the tough conversation. Psycho went back on to a lead and was taken over to Alan to reassess. He frowned as Rob walked him up and down. Rob was confident that the injury wasn’t bothering him and that he could go on. After ten minutes discussion it was agreed that he would continue the relatively short distance to Pelly Crossing and be reassessed there. 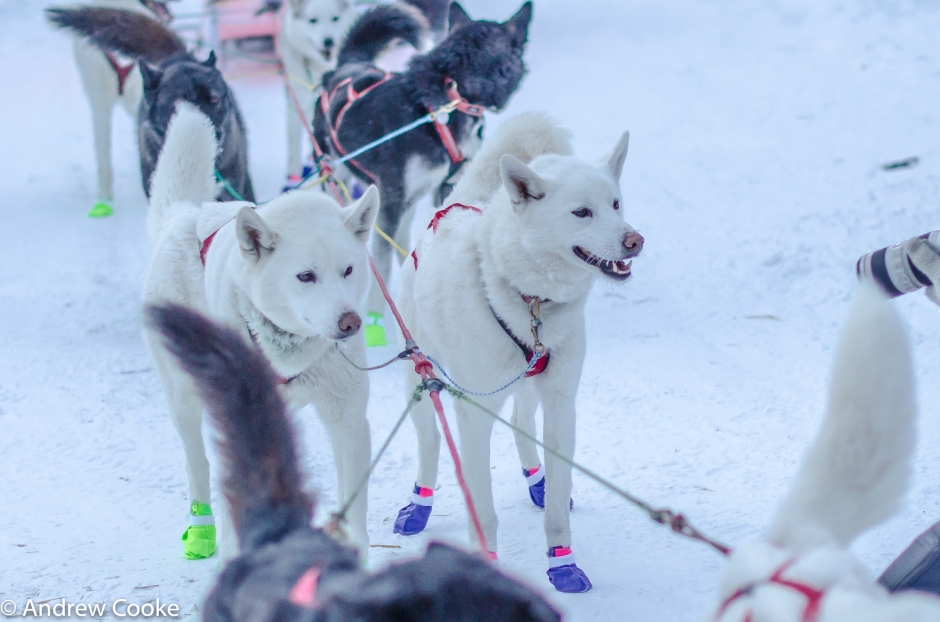 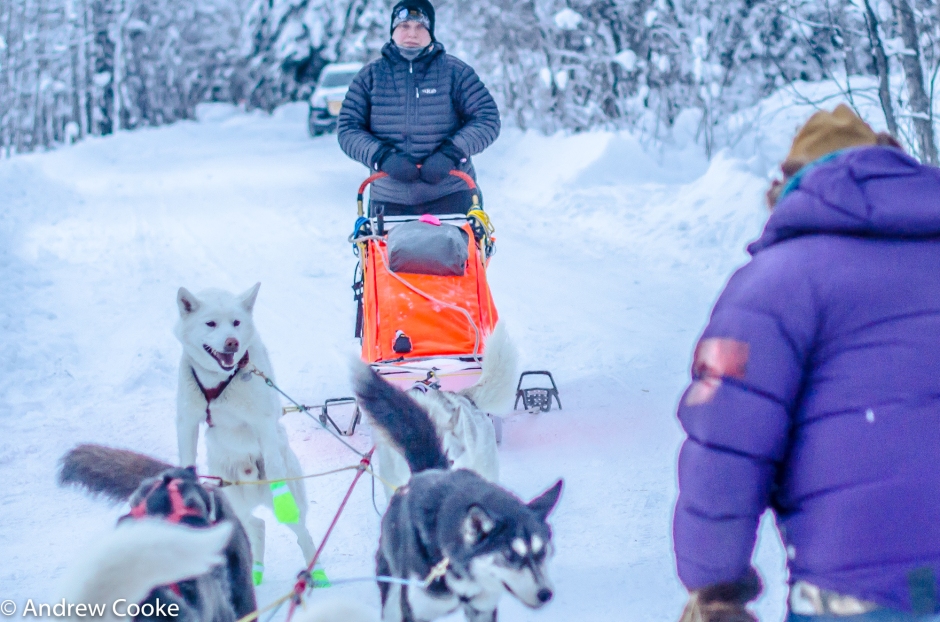 And the moral of this story? The vets are there to look after the health and safety of the dogs. This is an example of how they can help the musher to get his team down the trail in peak condition. They advise where they think that a dog isn’t well enough to continue but they will also work with the musher’s knowledge of his dogs and his team where appropriate to make sure dogs aren’t dropped unnecessarily or in different circumstances they are the musher’s conscience, helping him to make the difficult decisions.