As in 2016 I arrived on the afternoon of the Meet the Mushers event. With the Yukon Quest running from Whitehorse to Fairbanks this year we were meeting in The Mount MacIntyre Recreation Centre in Whitehorse. I actually enjoy these events and they are great fun for the fans. They are also very important to the mushers. Although its hard work for them and to some extent a distraction from final preparation for the race it is a great opportunity for them to meet their fans, their sponsors and their fellow racers. It’s also a chance for the photographers to get some early photos and the Yukon Quest to publicise the race. What’s more it’s also important even for the regular visitors to get a feel for new entrants. 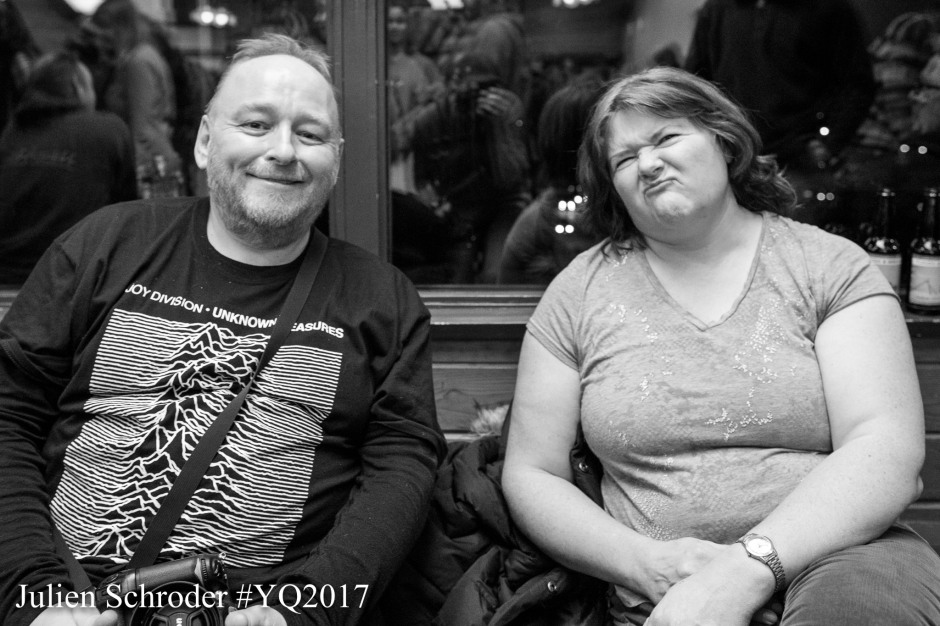 Rob’s wife, Louise, and I – Thanks Julien!

All the mushers were there for a very busy evening. It was 10:30 before the signing was over and the room cleared. 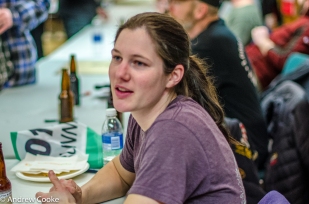 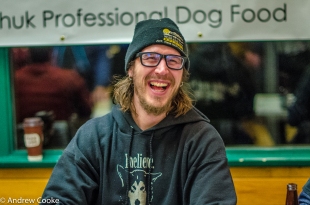 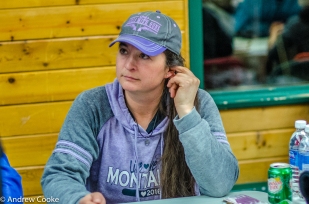 The week then follows a set pattern. The handlers meeting is at the Hi Country Hotel at 10:00 on Thursday morning. It was a slightly longer affair this year but there were a lot of fresh handlers and the change in some arrangements such as at Pelly where the normally difficult parking had some new challenges and particularly at Dawson where, despite the cold weather, the ice isn’t think enough to create the ice bridge in its normal place and there is a three or four mile diversion to cross the ice at a further safer point.

In the afternoon we had a few chores to complete including the regular cleaning up in the dog yard, though that was an opportunity for taking gratuitous photos of Ninja Max and The Slug. Max will miss this race due to illness. Despite Rob’s regular complaints about him he will miss his strength at the back of the team (Louise says) and the rest of us will miss the comedy of Max’s antics on the trail. The Slug will be looking to complete his first 1,000 mile race having been dropped near the end of Iditarod in 2016 because he was getting too hot.

Nutter may be the poster boy but these two are the poser boys.

Then back for the start banquet at the Hi Country for an evening of entertainment including vaudeville and singing mounties. A whole new experience for the British redneck. 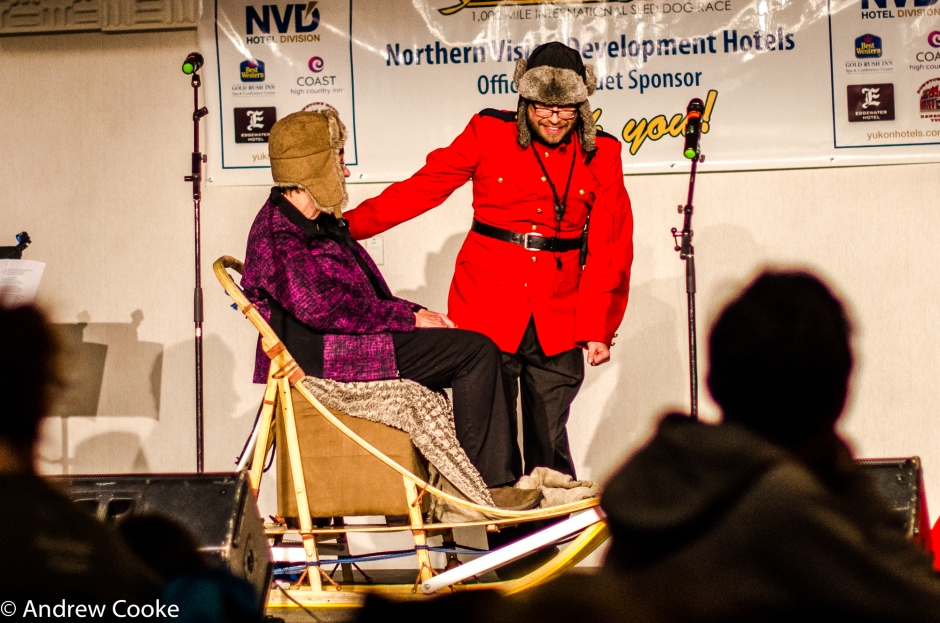 Eventually we got to the draw for who would have which bib number and therefore which start slot. Rob drew bib 4 which was just what he wanted.  It means he gets out of the chute early and we can clear the start early, we get a good slot in the Dawson camp and he has some very nice sponsors! Parking slots in Dawson are arranged according to start number with the lower ones at the top near the car park.

All of these events before the start can be seen as a distraction but they do all fulfil an important purpose for the public and raise the excitement for the race. Even in my short exposure to the race I can see the success that has been achieved in raising the enthusiasm   of the spectators. Dave Dalton made the very valid point that as fan numbers grow musher numbers fall. That is an interesting challenge that the race faces and perhaps one that won’t be fixed quickly. I am most certainly qualified to comment but it would be good if more entrants could be attracted to this great race otherwise that will impact spectator interest and potentially start a downturn in followers.