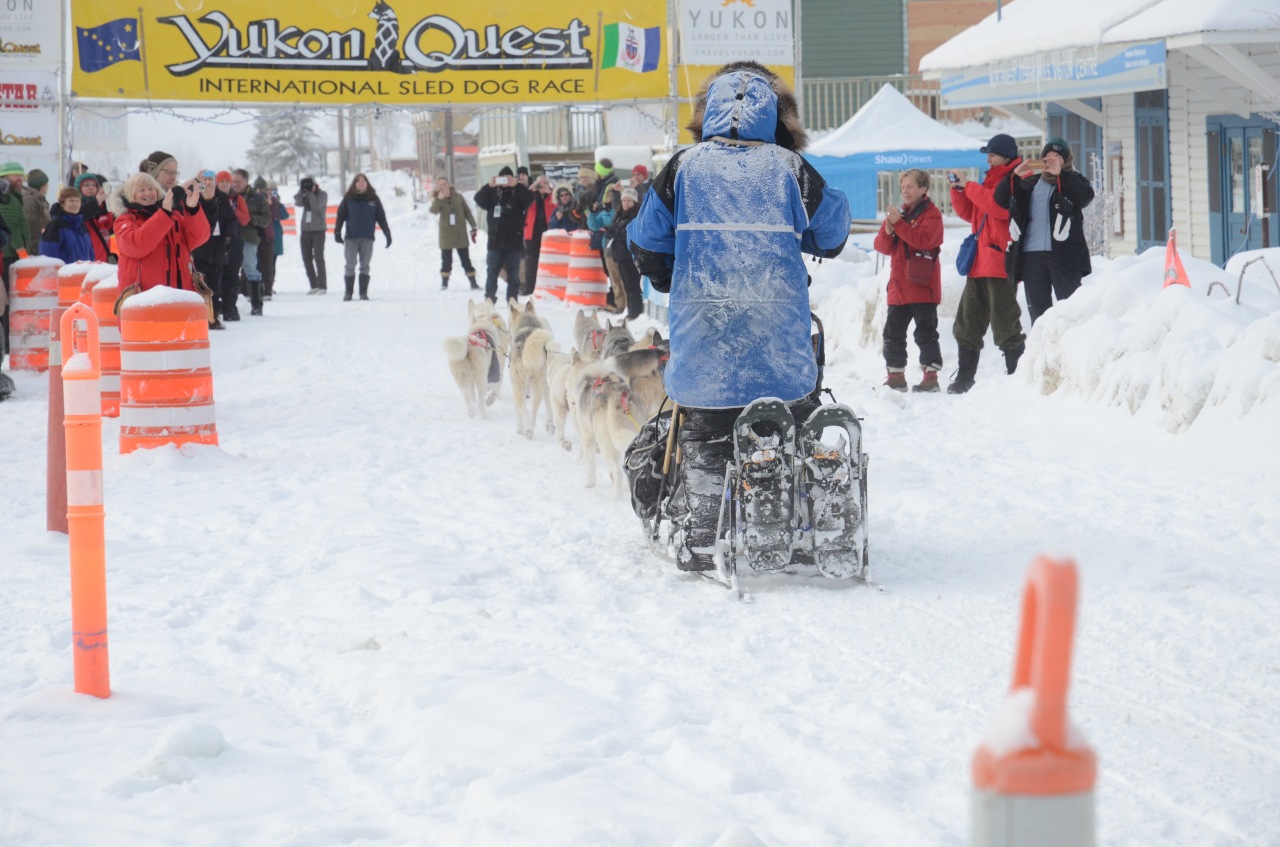 Part 2 of the Dawson Report:

It’s 2am on Sunday and Rob has just headed into the darkness and along the Yukon river towards King Soloman’s Dome and the Black Hills.

For those that are not familiar with sled dog racing or the Yukon Quest in particular then I should explain that Dawson is a mandatory 36 hour rest point.

It’s been a lovely day. We have worked as a team with at least one of us staying at the dog camp at any one time. In the morning it was Rob and I, in the afternoon it was Louise, and the rotten evening shift was Chris’s.

Rob and I had breakfast together and then headed down to the dog camp where Louise and Chris had stayed with the team overnight. All the dogs looked really great. Having lost three key members of the team in the first three checkpoints and Ammo at Slavens you might be worrying about having enough dogs to get to the end. What’s more the experience on the Top of the World Highway could easily have spooked a lot of dog teams. But not this team. We have ten truly motivated racing dogs (well, nine plus Max). 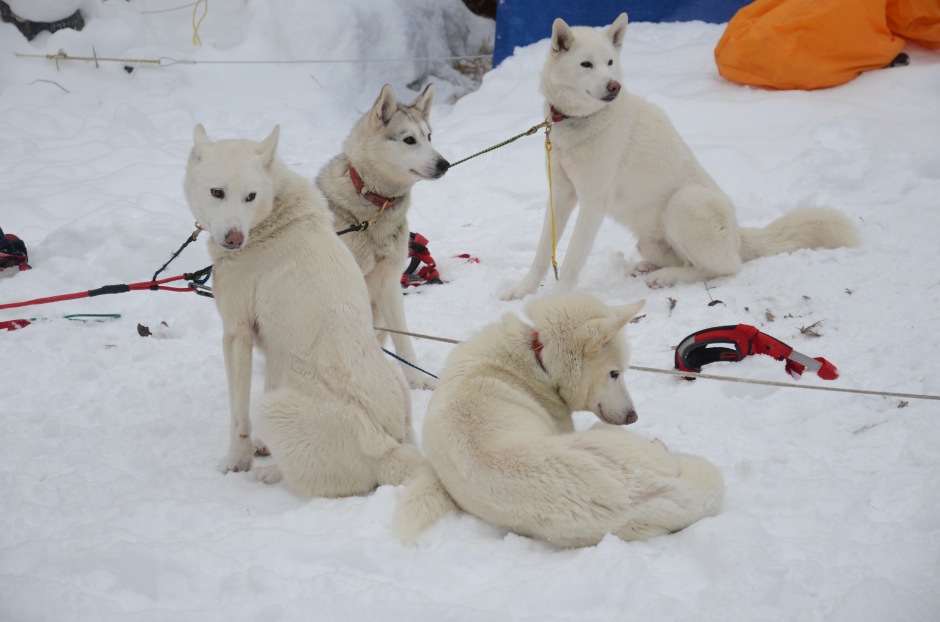 Since Rob got into Dawson things have actually run really smoothly. After breakfast we went to the camp. Chris brought the sled back from the drying room and it was repacked. 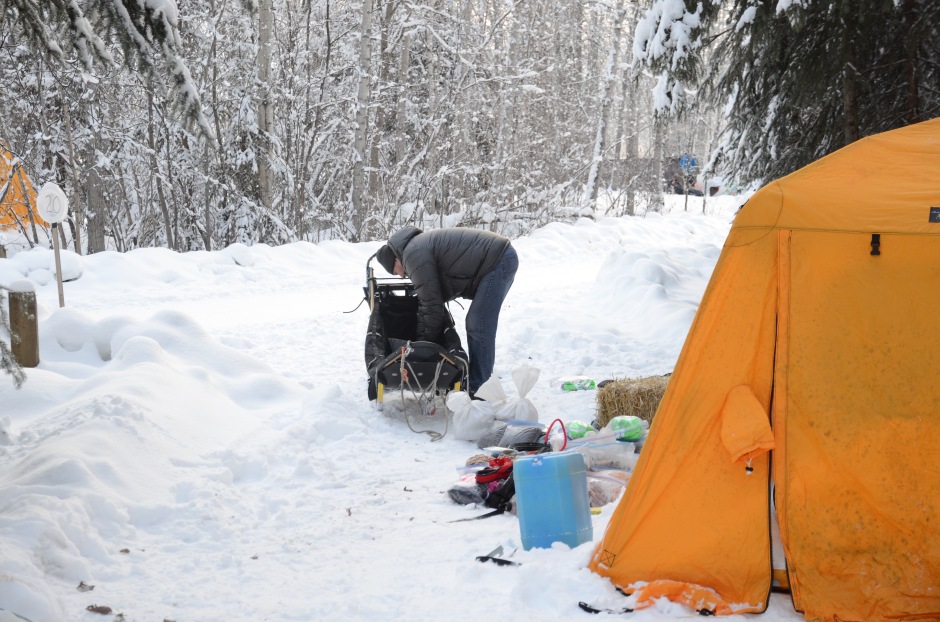 The most important thing about this 36 hours in Dawson is that the musher gets some rest.

The Shaytaan team then spent three hours preparing for Rob to go. We laughed and joked. We discussed the trail ahead. It was hard for everyone after thirty six hours to wave goodbye but it had to be done. 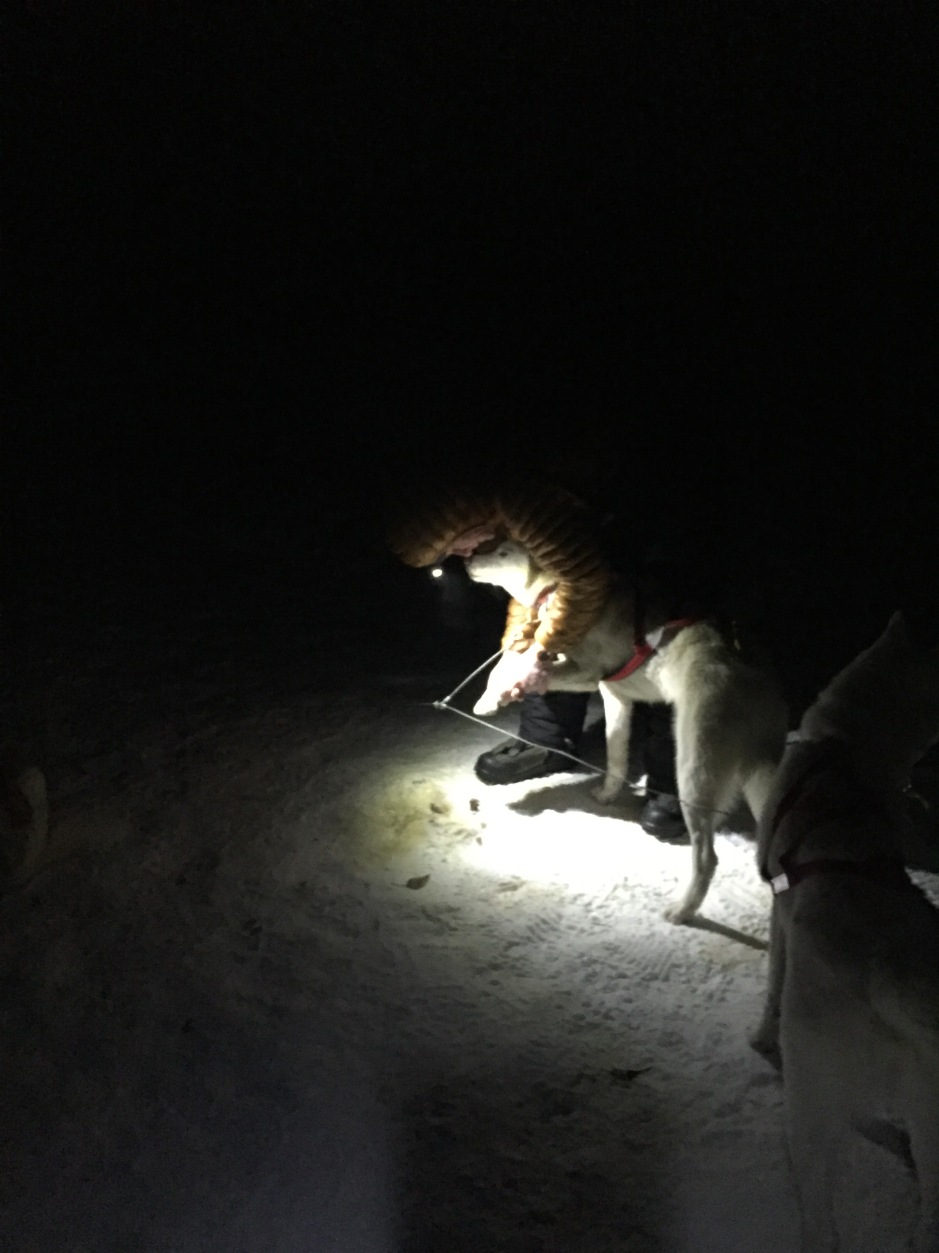 Is it time to go Dad?: Bootying up with Nutter

Sled check. Harnesses on. Booty up. Then suddenly it was time to connect up the team and we were away.

Chris, Louise and I ran alongside the team down to the official restart position. A couple of false starts and then he was gone. We watched the lights disappear down the river and he was on his way to Scroggie and then Pelly Crossing, the next time we’d see him.

For the handler team tomorrow is a busy day. We have to break down the camp, clear the straw, pack everything into the vehicles (thank goodness Louise is now with us so we have two).

On to Pelly Crossing for the handler team after a day clearing up in Dawson. We may have a drink tonight!