I know I wrote a post at this time last year that talked about the long journey from Circle to Whitehorse and back to Dawson. I then almost certainly explained some of the challenges that are brought by the extreme sleep deprivation The Yukon Quest imposes on mushers and handlers. Clearly for mushers the physical and mental endurance is much greater though the handlers do have their challenges too.

I’m returning to this subject because I wanted to examine how different, or not, the experience is going the other way from Whitehorse to Fairbanks, or more likely once you know exactly what you are to expect from the trail.

Mushing Tech pointed out a month or so ago that in terms of distance covered the handlers have by far the bigger journey.

“I’m reposting a map I made a few years ago. The Yukon Quest has the reputation of being the world’s toughest dogsled race, and it’s tough on handlers, too. They drive from checkpoint to checkpoint as their mushers work their way down the trail, and they can put several thousand miles on their truck over the course of the race, over remote roads that can be in poor shape and regardless of the weather. The drive from Dawson City to Circle alone is about 1,000 miles. So, a big w00t w00t to Yukon Quest handlers!”   Mushing Tech via Facebook

However our journey takes place in a (normally) warm, (occasionally) comfortable and (sometimes) reliable dog truck whereas the musher freezes to death, camps in sub zero conditions and finds himself at times walking in front of the team up mountains and wading through freezing water. We definitely have the best deal most of the time.

I suppose its fair to say the challenging driving didn’t start for us until we got out of Dawson on Friday afternoon and on to the long road to Fairbanks via Whitehorse, Circle, Central, Mile 101 and Two Rivers. However even getting to Dawson had seen us cover eight hundred miles. Yesterday we travelled from Dawson back to Whitehorse and Carcross, a further three hundred and eighty miles. I’m posting this from Tok, half the way to our next stop at Circle City where we next see Rob, probably Sunday night. To get to Tok today we covered four hundred and thirty miles and to go on to Circle tomorrow will take us another three hundred and sixty. A quick count up says we’ve done just short of two thousand miles by the time we get to Circle tomorrow. It is then a minimum of another 800 to take us back to Carcross some time on Saturday night or Sunday morning next week. There’s the evidence that entirely supports Mushing Tech’s very kind words about the handler’s challenge.

From facts to conjecture and consequences. I promised at the start that I’d get these blogs out in a more orderly and consistent manner this year. In 2016 starting from Fairbanks we rushed from checkpoint to checkpoint as far as Circle and I had no time to write blogs. The internet wasn’t very good anyway so I couldn’t post. In truth I slept little or nothing until we got to Circle. That was something I really wasn’t prepared for.  Consequently I was in pieces by that stage and wasn’t feeling in the right state to write logically or sensibly on anything. It led me to not take a single photograph in Central because I was so wound up I could barely speak. I said this year would be different. I would manage the sleep deprivation. I would mange my own reaction to unfamiliar situations. It would all be so much better.

Now you’re all expecting the next line to be: “But I didn’t” aren’t you?

It’s been tough but in most ways I have managed the situation that much better. When the sleep deprivation first kicked in in Braeburn I did start to lose it just a little bit but with a little help from my friends (whether they realised they were giving it or not) I just about held it together. I travelled back to Carcross with Louise after Braeburn while Chris and James (and Cara) went on to Carmacks. Louise and I returned the following day. This added a few more miles to the journey but we managed to catch an odd hour’s sleep at Carcross and again back at Carmacks. By the time Rob left Carmacks we were all feeling the pressure of lack of sleep and a lot of miles. This was pretty much the same point in the race that I really lost it in 2016 in Central. This time though things stayed in proportion. A little more rest and coffee and the paranoia that comes with no sleep eased. Steadily it all got better. By the time we were” yomping” down the lane to McCabe Creek at 6:00am on Monday morning in -37c the world seemed a better place. Mind you McCabe Creek dog drop always makes the world seem a better place!

We moved on to Pelly Crossing, one of my favourite places on the 2016 Quest, and despite the frustrations of limited internet things continued on the up. A full(ish) night’s sleep on the gym floor left me groggy but just a little bit more normal.

That evening, Tuesday, we were in Dawson and had a proper night’s sleep in a bed. The world from there would be a better place. And its true that even a mess up with rooms on Wednesday that left Cara and I on temporary beds in a conference room couldn’t kill my better mood. This year I had got over that hump without breaking down completely. Better planning, better experience or just luck. Who cares!

We left Dawson on Friday for Carcross, Beaver Creek, Tok and eventually Circle sometime Sunday.  Blog delivery is a bit erratic but that is more to do with lack of time than losing my marbles this year. 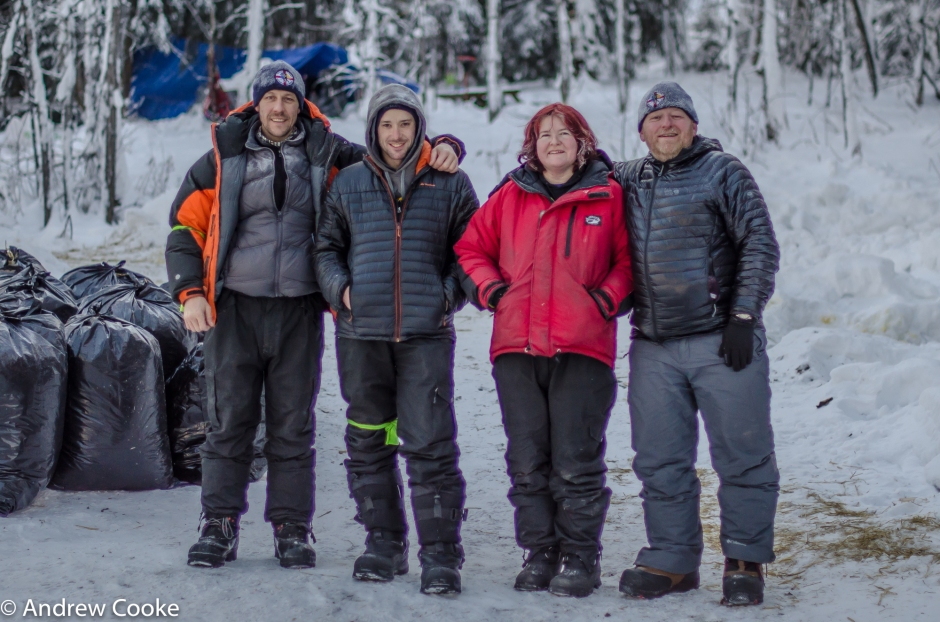 Here’s to the second half of the handler’s journey. 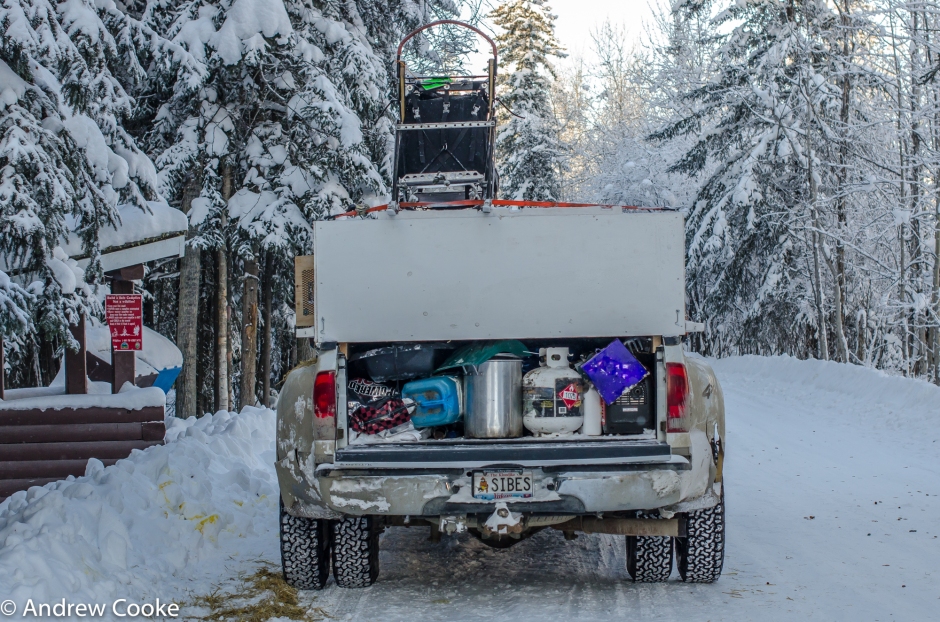